Don't Try This At Home (AKA - Definition of Death)

On October 12, 1984, on a Hollywood set, actor Jon-Erik Hexum was critically wounded after he placed a prop gun loaded with blanks to his head and pulled the trigger. 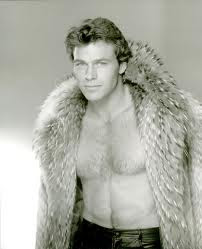 Hexum was rushed to the hospital where he underwent emergency surgery, but the fracture in his skull from the paper used to pack the powder was too great.

Although his heart was beating, his lungs were breathing, and his gut was digesting, Hexum's brain was no longer functioning.

Was he alive or dead?

Because the year was 1984, he was actually pronounced braindead, or legally dead.  But this wasn't always the case - if this had happened just 10 years earlier, he would have legally still been alive.

It wasn't until 1981 that the brain was used to determine whether a person was alive or dead in the US (except in New Jersey and New York which still use the heart).  Before that the heart and lungs were used as a guide for death which became problematic with the use of respirators which could keep someone alive as a "vegetable" indefinitely.

So, because this happened to Jon in 1984, his family was able to elect to have his organs donated including his still beating heart.

So, if he was braindead, why was his heart still beating?

We've all seen Kung-Fu movies (for some of us even one is too many) where a person is killed by attacking this very area of the body - the brainstem located in the upper neck.  This happens because this is the area that maintains the major life-giving organs and systems of the body.

So how in the world is this relevant to Chiropractic or to Wellness?  Chiropractic focuses on the nerve system.  The nerves run from every part of the body to the brain and from the brain back to every part of the body. The brain can only function correctly when it is receiving proper signals from the body.  Similarly, the body only functions properly when it receives correct signals from the brain, it's a 2-way street.

Just like the Kung-Fu masters know, interference can be created along this fast communication system of nerves from trauma.  In their case the interference is major, but in many cases there is only minor interference from minor bumps and falls that happen in life, and in fact many times during the birthing process.

Because the nerves have connections to and from ALL major tissues, organs, and systems of the body, interference along these lines can create a whole host of problems - both obvious and silent.  People undergoing chiropractic care have seen improvement in a multitude of conditions from ADD to Asthma from improved digestion to improved immune function.  The list of things nerve interference can create is endless.

Sometimes if the interference is minor, it can exist for years with no symptoms, other times the symptoms come on immediately. Generally, the effects of mechanical interference are cumulative and continue to build over the years.


If there is physical interference along the nerve system what drug is going to remove it?  What surgery?  What yoga pose?  What nutritional supplement?  What stress-relief technique?  All of these things are great, but none of them are specific enough to remove what ails much of the population.

Chiropractors are the ONLY profession trained to look for and correct the cause of mechanical interference of the nerves.  Chiropractors do this through a gentle, natural method without drugs.

The best approach to health is one that incorporates a wellness lifestyle (for health), traditional medicine (for sickness), and of course chiropractic (for optimal nerve function).

When was the last time you had your nerve system checked?