Go for the wins!

What kind of wins do you have at your house?  What kinds of things will tell you that you've done what you set out to do as a parent?

For me and my daughter - it's when at 3 years old she finally eats some salad because she wants to.

It's her reading a book to her little sister and then running races with her. 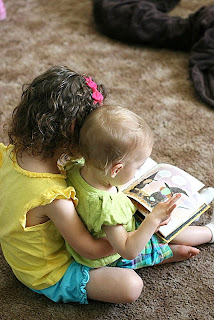 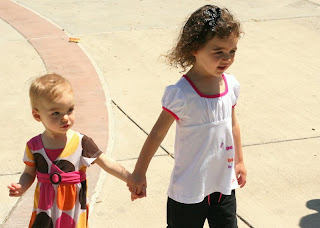 It's her giving kisses to her toy baby while laying her down for a nap and telling her, "I love you" after just nursing her. 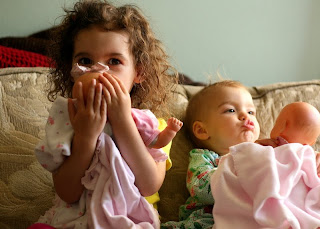 It's teaching her sister her newly acquired vaccuum-fixing skills. 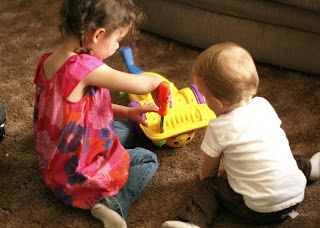 What do they all have in common?  They all exemplify nourishing her mind, body, and spirit.  It's setting her up for a lifetime of success--of health and happiness and love and growth and service by role modeling.

It's the best gift a parent could ever give to their child and the community - not by coercion or force, but through encouragement and permission.

What kind of wins are you working towards?  How will you know when you have been successful?
Posted by Steve Perry at 11:19 PM 1 comment:

Today as I was picking something up from the store for my lovely wife who is preparing for tomorrow's yard sale, I noticed the hand sanitizer by the counter. I thought to myself, "Hmm, they're still selling that stuff?" You see, it's been a long time since I've used it even though it sits on every counter in the Health Clinic. I personally prefer rubbing my hands under running water rather than putting toxic substances, like alcohol, on my skin. (Did you know kids have eaten that stuff and been hospitalized for alcohol poisoning?) I'm very selective about what I put on my skin because the skin is a very absorptive organ and what you put on it goes into your blood similar to if you had eaten it.

So, my next thought was "Why are they still selling that stuff?" and realized, "Oh ya, the flu," - in other words 'bugs'. When reflecting on the last time I was sick, I don't really recall when it happened, and I haven't had a flu shot since 2004, so it's not due to being up on my vaccinations.

There's a better explanation to "epidemics" of flu and illness than lack of hand sanitizer and flu shots. A great doctor said it very well when he described the following scenario:


A woman in the kitchen was annoyed that there were so many flies coming in through the window and insisted that her husband take a look at the scene and kill all the flies. He complied by noting that there were indeed many flies and so sprayed toxic chemicals around where the flies were hanging out. Sure enough, soon there were no longer flies buzzing about. The wife was happy, and when wife is happy, husband is happy too. 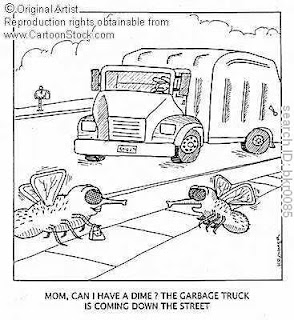 But after a couple of days one or two flies started buzzing and by day three there were just as many flies as before. Wife knew just what to do, called in the husband who also understood what was to be done. Again with the poisonous chemicals, again with the mass death of the flies, again one satisfied couple, and again with a couple of days' silence followed by a renewal of flies buzzing.
This carried on for a number of weeks and finally the wife decided she didn't like the continuous exposure to toxic chemicals. She got smart and asked a very important question- "Why are those darn flies buzzing about anyway?" The husband looked outside and saw that the garbage can was directly beneath the kitchen window. Now he had a decision - spray down the garbage can, which, from experience he knew would only be a temporary fix - or he could get rid of the garbage. What do you think he did?
Many of us experience repeated bouts of illness and disease and have been trained to ask what chemical we can use to sanitize the area to kill all those bad bugs and take away the symptoms of the disease. This seems like a logical question, but misses the bigger picture. If we never ask the right questions, we'll never arrive at the right answer.

So, why DO some people get sick when others stay well? Why doesn't everyone at the office "get" what's going around? The answer is NOT that they are exposed to less bugs. The answer, as in the story above, is that they have an internal environment that is less hospitable to the "bad" bugs. They have less areas of garbage in their system, and their body's systems which respond to those bugs are working properly.
The answer is that they have an internal environment that is well-balanced. Could the couple in the story have continued to spray down the garbage and repeatedly kill the flies? What would have been the result? What is it about spraying with chemicals that can EVER get rid of the garbage?
The moral of the story is two-fold:
1. Asking the right question is EVERYTHING. The quality and quantity of our lives is determined by the quality of the questions we ask ourselves.
AND
2. Finding out what garbage we have in our systems is critical because only when we identify it do we have any chance of purposefully removing it.
As a wellness expert, I train people to identify areas of "garbage" in their lives and show them easy, gradual, and comfortable ways of removing them thus allowing their bodies to regain NORMAL, optimal function - NATURALLY. In other words, I help people look for the CAUSE.

The major causes, or categories of garbage, in our lives are:
CHEMICAL (e.g. sugar)
EMOTIONAL (e.g. unmanaged stresses)
PHYSICAL (e.g. chronic sitting, injuries, subluxation)
What drug is ever going to solve the problems caused by an unhealthy diet?
What drug can overcome a problem caused by not moving enough?
What drug can solve a problem created by not feeling loved, appreciated, and having a sense of belonging?
Until next time, live well, naturally, and remember - if you don't like flies...take out the garbage.
Posted by Steve Perry at 11:50 PM 4 comments:

Spending time with family is what I remember most about 4ths of July growing up.  Swimming at Aunt Sue's, BBQ'ing, and sitting on the roof watching the Cal Expo firework show were part of growing up.

Being young, I don't know that I really understood the depth of the sacrifice that was required to bring about the great holiday that we all have the opportunity to celebrate this weekend.  The celebration more often became admiring the biggest or the best firework display, having something good to eat, spending time with family, and twirling sparklers while constantly being warned not to burn the other kids.

As a child, I don't recall ever having the desire to take up arms in the service of my country.  I never considered that war would have anything to do with my life.  That changed as I watched the tragic events unfold on the television on September 11, 2001.  I enlisted February 8, 2002 and was deployed in January 2004. 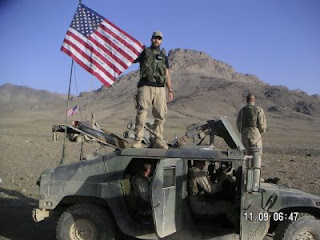 It is with a full heart that I say to those in the service - Thank You.

I completed my service to my country in February 2010 and since then, my thoughts have turned from being one of the troops enduring in the field to civilian life, endeavoring to inspire those at home to really contemplate our role and responsibility as citizens of the United States.  Our responsibility as parents, as teachers, as role models, and as stewards of the earth.

In June I had a wonderful opportunity to visit Philadelphia, PA and Independence Hall, the birthplace of our nation, and to see the very room in which the Declaration of Independence was signed.  What a humbling experience to be where this treasonous act would begin a war which led to the sacrifice of so many so that we could be free. 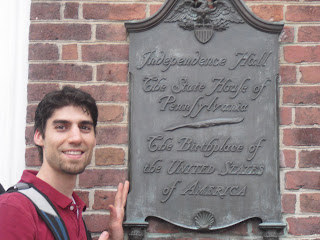 Government is supposed to be a representation of our beliefs and our goals.  It is supposed to act as we would act, embodying our values and our desires.  It is my prayer that this can one day happen.  It's our responsibility to work towards making this happen, and when it doesn't, to get educated and send a message to those representing us that they are servants and should be replaced if serving in any way other than as true representatives embodying our values.

Let us all remember our responsibility to have values that would uplift, inspire, and help those around us.  Let us remember for what our forefathers fought - Life, Liberty, and the Pursuit of Happiness - to allow all men (and women) the ability to live a life free of unjust rule.

I hope that each of us truly understands what men (and women) of great courage gave us as we celebrate this holiday - the birth of our nation - which began with an act of treason.

It is with great honor and gratitude that I remember those founding fathers and all those, both living and dead, who followed their footsteps in order to realize this dream.  I honor all those who continue to have this dream in their hearts and who are engaged in the struggle to bring it to pass.